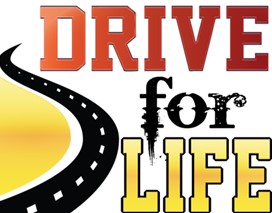 (Ocala, Florida 2018) At North Marion High School, student leadership is busy preparing for the 8th annual “Drive for Life” campaign that will take place March 5-9. The “Drive for Life” campaign is a student led campaign that focuses on driving responsibly and making good decisions when behind the wheel of a car. The campaign, organized by the Student Leadership team and the Students Against Destructive Decisions (SADD) Club, will allow students on campus to participate in a variety of activities including assemblies with guest speakers, interactive booths that focus on the effects of impaired driving, and other activities that emphasize the importance of safe driving choices. The student led facet of the campaign is one of the driving forces behind the success of “Drive for Life”. Student Government sponsor, Sonja Christmas, states, “Adults are constantly bombarding students with “dos” and “don’ts”. After a while it becomes a blur. “Drive for Life” is different because students are telling other students to stop and be responsible.”

“Drive for Life” originated in 2010 as students on the North Marion High School campus were grieving the passing of a number of classmates that had recently died in several unrelated vehicle accidents. The students involved in the Leadership team at that time approached the Administrative team and voiced their rationale for designing a campaign that would educate their fellow classmates about the risks of distracted and drunk driving and hopefully prevent future accidents. Through the continued financial support of Duke Energy, Tri-Eagle Sales, and Marion County Children’s Alliance, the program has been able to grow each year and allows for more activities and more student involvement. The long lasting effects can be seen each day as students buckle their seat belts as they leave campus and drive safely during their travels.

This year, the student leaders selected Kevin Brooks as their speaker to kick off the week’s events. During a school wide assembly, Kevin will tell his personal story about how his decisions behind the wheel of a car impacted his life forever. Kevin was involved in a vehicle accident that claimed the life of his close friend and paralyzed him from the waist down. He has since dedicated his life to making sure teens know better and do better. He is an international advocate for teen safe driving and is thrilled to bring his story to North Marion High School and Belleview High School on Monday. In addition to Kevin’s story, the students will have an opportunity at the assembly to address their peers and bring home the importance of “Drive for Life”.

The students’ commitment to organizing and implementing the “Drive for Life” campaign each year at North Marion High is a testament to the value and effectiveness of peer to peer education. As a result of the youth leadership effort, the student body not only learns how to make smart driving choices, they also learn to make wise lifelong decisions. “Drive for Life” was inspired out of tragedy but has morphed into a powerful legacy left behind by those Marion County high school students that lost their lives in vehicle accidents years ago. We invite the community to come out Monday, March 5, 2018 at 8AM to see why we choose to “Drive for Life” and become involved in spreading the word about responsible driving practices among our county’s youth.

← Previous Next →
View All News